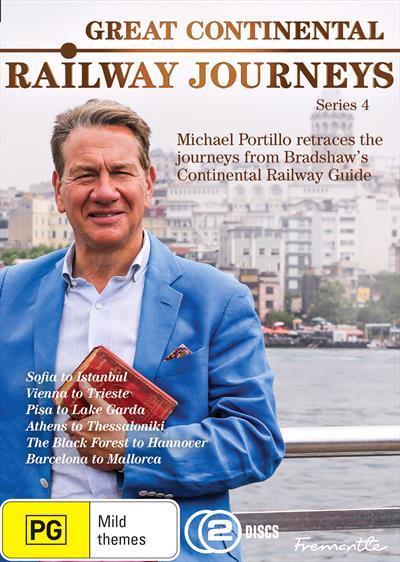 The fourth series following Michael Portillo as he travels around Europe and the wider world taking as his guide the 1913 pamphlet ‘Bradshaw’s Continental Railway Guide’. Produced by cartographer George Bradshaw, the pamphlet documents a number of railway journeys and the various towns and hamlets along the way. With an eye to local cultures and traditions and the role each journey and the trains themselves played in the development of world history, Portillo revisits the locations described in the journal and reflects on the changes a century has wrought. The episodes are: ‘Sofia to Istanbul’, ‘Vienna to Trieste’, ‘Pisa to Lake Garda’, ‘Athens to Thessaloniki’, ‘The Black Forest to Hannover’ and ‘Barcelona to Mallorca’.