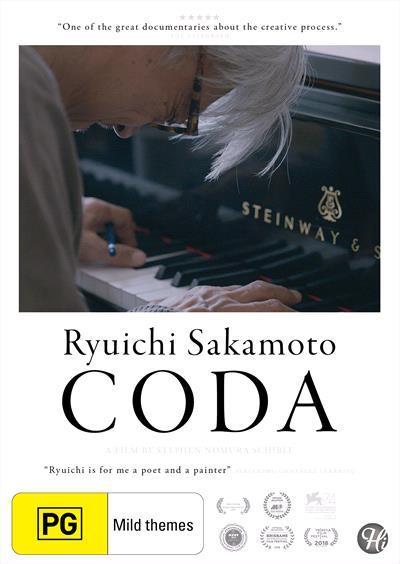 “I want to make more music” was the reaction of Japanese composer and musician Ryuichi Sakamoto when he was diagnosed with throat cancer in 2014.
Not long after his treatment he started making a new album, async, which came out at the beginning of 2017, and it’s the composition process that forms the leitmotif of the documentary. To Sakamoto, everything is music, and he’s eager to experiment, for example using natural sounds. He also draws inspiration from Andrei Tarkovskis use of sound and music in the film Solaris.
The documentary starts in early 2012, a year after the Fukushima nuclear disaster, and shows the modest and thoughtful Sakamoto as a critic of nuclear energy and weapons. His concern for the environment began 20 years ago, after which he became increasingly political, also in his music. In archive footage, we see Sakamoto as a member of the electronic music group Yellow Magic Orchestra and as the conductor of his Oscar-winning score for The Last Emperor.
$29.95Add to basket ›