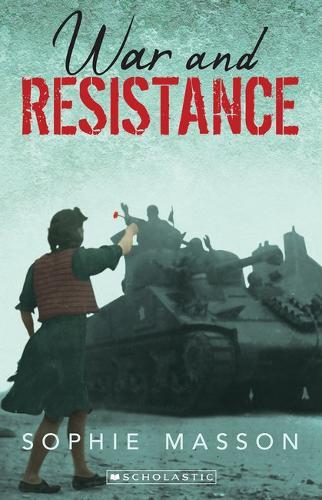 In 1939, 12-year-old Sasha, inspired by the words of her father, the celebrated journalist Louis Jullian, feels she must find a way to stand up to Nazi terror, in the shadow of a world at war. Hitler’s blitzkrieg results in the surrender of France and Sasha and her family flee Parislearning first hand the brutality of warand how acts of resistance, no matter how small, can make a difference.
In their occupied country, fraternising with the enemy is frowned on, but necessary. It only gets more complicated when she meets Dieter, a member of the Hitler Youth and the son of her fathers best friend. How can Sasha know who to trust when the enemy becomes a friend?
$16.99Add to basket ›