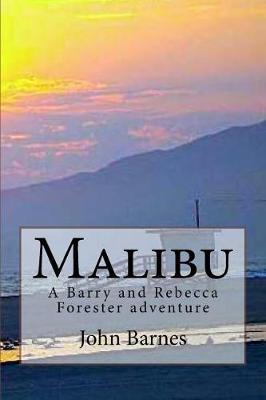 A ten-year-old Malibu boy mysteriously develops advanced sexual skills and shares them with classmates at his exclusive private school. Two multi-millionaires who’ve known each other since they were 14 share secrets that could get them thrown in prison. A noted senior partner of a big LA law firm with ties to the Obama administration trades in secrets involving oligarchs operating out of the Ukraine. A disgraced financier flees for his life. Are all these situations somehow tied together? Barry and Rebecca are hired to find out. The trail leads from Malibu to Nice, France, Genoa, Italy and Phuket, Thailand before ending back in Malibu as Barry and Rebecca try to stop a murder and solve a crime.