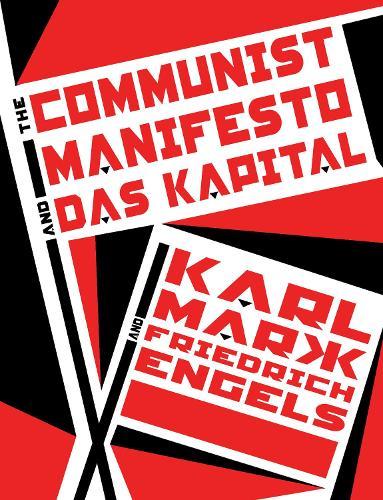 The unabridged versions of these definitive works are now available together as a highly designed paperback with flaps with a new introduction by Robert Weick. Part of the Knickerbocker Classics series, a modern design makes this timeless book a perfect travel companion. Considered to be one of the most influential political writings, The Communist Manifesto is as relevant today as when it was originally published. This pamphlet by the German philosophers Karl Marx and Friedrich Engels, published in 1884 as revolutions were erupting across Europe, discusses class struggles and the problems of a capitalist society. After being exiled to London, Marx published the first part of Das Kapital, a theoretical text that argues that capitalism will create greater and greater division in wealth and welfare and ultimately be replaced by a system of common ownership of the means of production. After Marx’s death, Engels completed and published the second and third parts from his colleague’s notes.