The Elusive Obvious: The Convergence of Movement, Neuroplasticity, and Health 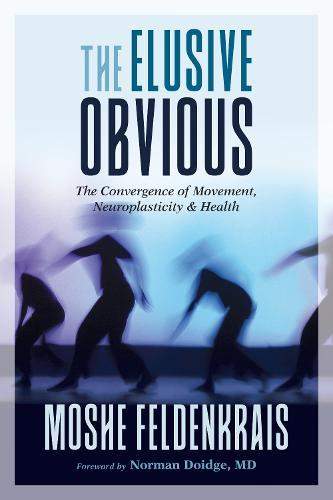 The Elusive Obvious: The Convergence of Movement, Neuroplasticity, and Health

A master of movement and the founder of the leading method that bears his name, Moshe Feldenkrais wrote several books about the body and healthy functioning thoughout his life. The Elusive Obvious was his last, and some would say most accessible book. Out of print for many years and still as valid as ever in its insights, this new edition will be treasured by a new generation of somatics practitioners, bodyworkers, dance teachers, and others. The beneficial effects of Awareness through Movement and Functional Integration, the two main strands of what we now call the Feldenkrais Method, are now known to many around the world- greater health and vitality and freedom from pain and anxiety. The Elusive Obvious- Or Basic Feldenkrais presents a thorough explanation of the Feldenkrais Method in the words of its founder, and, as its title indicates, it throws light on the causes of health problems that are hidden in plain sight.