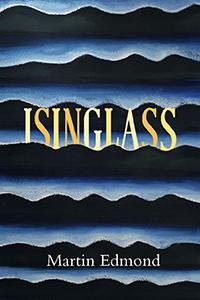 He did this amazing wall painting, this mural…It was a city, a Paul Klee or a Max Ernst city, a city of the mind perhaps, or of antiquity. A dream city. It was a wonderful thing. It took a few days and nights to do, beautiful days and nights. All the other men who lived in the donga watched it come clear. They loved it. And then other men in the camp heard about it too and came to look.
An unknown man comes ashore at a remote beach on the New South Wales coast. He is taken into detention and sent, ultimately, to Darwin. His captors call him Thursday after the day upon which he was found. Thursday doesn’t speak, but instead paints an enigmatic mural on the wall of his donga in the detention centre. It is a city, a dream city, and when he finishes he says a single word: Isinglass.
This latest offering from author Martin Edmond is a beautifully written portrayal of the shameful practices of the Australian gulag archipelago, and a compelling story of a man adrift in an unkind world.
$26.99Add to basket ›