Romantic Bach: From Intimate to Epic 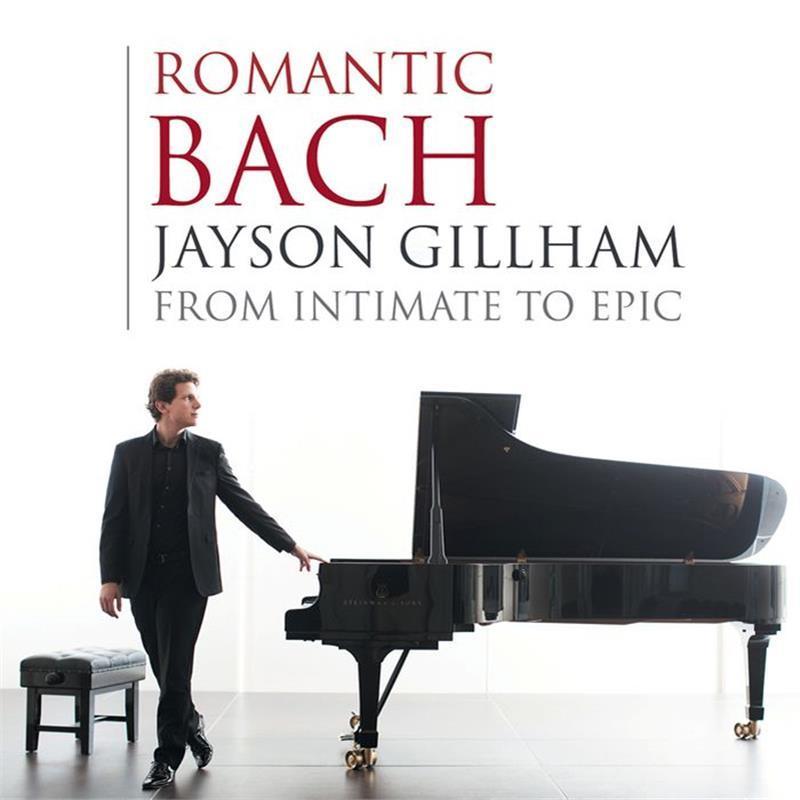 Romantic Bach: From Intimate to Epic

Featuring 11 of Bach’s compositions transcribed and arranged, from Rachmaninoff’s arrangement of the Violin Partita in E major into a pianistic showpiece, to Myra Hess’s sublime ‘Jesu, Joy of Man’s Desiring', Jayson Gillham’s latest release is a love letter to Bach from a who’s who of the great pianists and pianist-composers - Rachmaninoff, Percy Grainger, Hess, Busoni, Siloti and Petri.
“The thing about Bach,” says Jayson, “is that it works so well on whatever instrument combination you put it on. It’s something to do with the way Bach thinks, and the way he writes the music - the content is more important than the timbre of the instrument that it’s played on. And so it’s really effective on all instruments - particularly the piano.”
Born 333 years ago in Germany, Bach remains arguably the most important musician in the Western musical tradition. Nowhere does his outsized brilliance shine through more brightly than in his keyboard works, and the influence that they have had on centuries of composers and musicians. This celebrated repertoire allows the full extent of Jayson’s artistry to shine through, revealing the profound depth of his musicality, and a mind constantly interrogating his performance, his instrument, and the music.
Born and brought up in rural Queensland, Jayson Gillham travelled for hours to piano lessons in Brisbane, before shooting to fame in a number of prestigious international competitions. He is now recognised as one of the finest pianists of his generation, performing across the globe with the world’s most prestigious orchestras, venues and festivals.
ABC Classics signed Jayson for a three-album deal, and his debut record, an all-solo offering surveying music by Bach, Schubert and Chopin, reached No. 1 in the ARIA Charts on release.
Soon afterwards the great pianist Vladimir Ashkenazy, conducting the Sydney Symphony, chose to make his first-ever recording of a Beethoven concerto with Jayson Gillham at the keyboard. Jayson’s Medtner and Rachmaninoff album, recorded in 2017 with the Melbourne Symphony Orchestra and Benjamin Northey, received unanimous praise and was Recording of the Month in Limelight magazine.
$22.95Add to basket ›