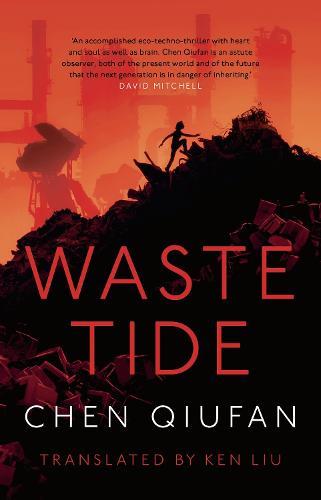 ‘Waste girl’ Mimi becomes infected with a virus, becoming the host for an omniscient consciousness, hell-bent on righting wrongs - and igniting a class war and more. A Guardian Science Fiction Book of the Year. Mimi is drowning in the world’s trash. She’s a ‘waste girl’, a scavenger picking through towering heaps of hazardous electronic detritus. Along with thousands of other migrant workers, she was lured to Silicon Isle, off the southern coast of China, by the promise of steady work and a better life. But Silicon Isle is where the rotten fruits of capitalism and consumer culture come to their toxic end. The land is hopelessly polluted, the workers utterly at the mercy of those in power. And now a storm is gathering, as ruthless local gangs skirmish for control, eco-terrorists conspire, investors hunger for profit, and a Chinese-American interpreter searches for his roots. As these forces collide, conflict erupts - a war between rich and poor, a battle between past and future. Mimi must decide if she will remain a pawn… or change the rules of the game altogether. ‘An accomplished eco-techno-thriller with heart and soul’ DAVID MITCHELL. ‘Waste Tide is a work of spoiled and toxic beauty … It’s more than a timely eco-thriller; it’s a dark mirror held up to our selves’ SIMON INGS.