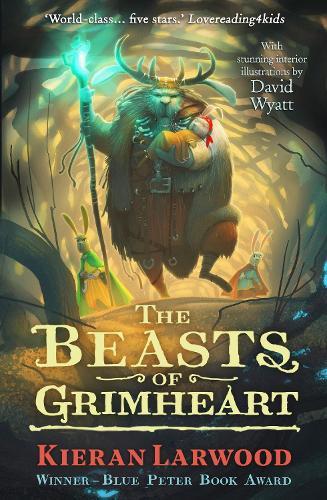 The bard is captured by the bonedancers and taken to their temple where he has to retell the tale that earned him a contract on his life. The story of Podkin continues … The Gorm have started to attack the forest, trying to flush out the Darkhollow rabbits. Podkin and the others leave for Sparrowfast warren, on the other side of the forest, to ask his uncle for help and for the use of his magic bow (one of the 12 Gifts). As they make their way through the forest, Vetch turns traitor and tries to seize the Gifts Podkin and Paz own for his masters, the Gorm. The young rabbits flee into the forest depths, where they discover a lost tribe of rabbits and a another of the sacred Gifts - a crown which lets the wearer speak to animals. With their new allies, Podkin, Paz and Pook emerge, meeting up with the others at Silver Rock warren. His uncle and the Sparrowfast rabbits are already there, as the Gorm have marched round the forest edge and taken their warren. When the two sides meet in battle, who will win? And will the bonedancers let the bard live?