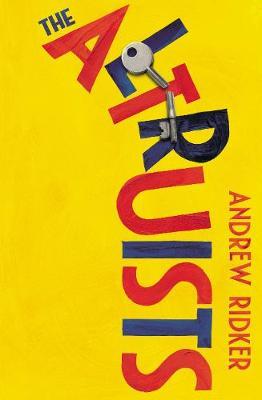 Arthur Alter is in trouble. A middling professor at a Midwestern college, he can’t afford his mortgage, he’s exasperated his much younger girlfriend, and his kids won’t speak to him. And then there’s the money - the small fortune his late wife Francine kept secret, which she bequeathed directly to his children.
Those children are Ethan, an anxious recluse living off his mother’s money on a choice plot of Brooklyn real estate; and Maggie, a would-be do-gooder trying to fashion herself a noble life of self-imposed poverty. On the verge of losing the family home, Arthur invites his children back to St. Louis under the guise of a reconciliation. But in doing so, he unwittingly unleashes a Pandora’s Box of age-old resentments and long-buried memories - memories that orbit Francine, the matriarch whose life may hold the key to keeping them together.
Spanning New York, Paris, Boston, St. Louis, and a small desert outpost in Zimbabwe, The Altruists is a darkly funny (and ultimately tender) family saga in the tradition of Jonathan Franzen and Zadie Smith. It’s a novel about money, privilege, politics, campus culture, dating, talk therapy, rural sanitation, infidelity, kink, the American beer industry, and what it means to be a ‘good person’.
$32.99Add to basket ›