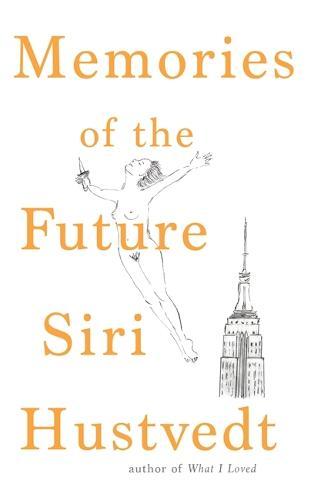 A provocative, wildly funny, intellectually rigorous and engrossing novel, punctuated by Siri Hustvedt’s own illustrations - a tour de force by one of America’s most acclaimed and beloved writers.
Fresh from Minnesota and hungry for all New York has to offer, twenty-three-year-old S.H. embarks on a year that proves both exhilarating and frightening - from bruising encounters with men to the increasingly ominous monologues of the woman next door.
Forty years on, those pivotal months come back to vibrant life when S.H. discovers the notebook in which she recorded her adventures alongside drafts of a novel. Measuring what she remembers against what she wrote, she regards her younger self with curiosity and often amusement. Anger too, for how much has really changed in a world where the female presidential candidate is called an abomination?

Shedding the mask of Harriet Burden, the protagonist of her previous novel The Blazing World, Siri Hustvedt reappears perhaps more overtly in Memories of the Future as ‘S.H.’ – a young woman who moves to New York in the late 1970s to become a writer. Forty years later, S.H. uncovers her journals and unfinished manuscript from that time, revisiting a past half-remembered and the writing those experiences informed.

Comparisons to_ The Blazing World_ are apt, revealing the development of a common theme: both concern misogyny and meditate on its persistence into the present day. The main difference in Memories is the intimation that S.H. is Hustvedt herself, bursting with all the anger and wit that colours her earlier work. Language is power, poetry is bellowed in defiance and allusions to the author’s real life are scintillating and often profound. Both younger and older S.H. are as brilliantly captured as the societies reflected in them, and while the line between author and narrator may be blurred, this is Hustvedt’s most personal work yet.

For its inventiveness the overall execution can jar: because memory is fallible S.H. distances herself from hyperrealism and memoir, instead layering her own recollections with caveats and disclaimers that distract from the emotional moments and see some punches pulled. Leaning into this unreliability, its gaze is not as focused as that of The Blazing World, and at times subtlety is lost when reiterating a theme or giving the narrator a moment of triumph – but perhaps that is the point.

Between the journals and half-finished novel a portrait of the artist as a young woman appears before our eyes. Piece by piece, it seems the sum of the parts form something far greater, and if it lacks definition or a sense of the whole, it might be that Hustvedt defies them.