Manual for Survival: A Chernobyl Guide to the Future 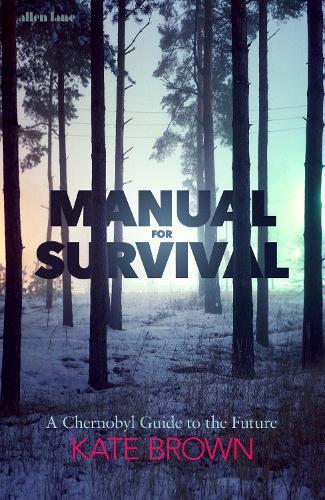 Manual for Survival: A Chernobyl Guide to the Future

Governments and journalists tell us that though Chernobyl was “the worst nuclear disaster in history,” a reassuringly small number of people died (44), and nature recovered. Yet, drawing on a decade of fine-grained archival research and interviews in Ukraine, Russia, and Belarus, Kate Brown uncovers a much more disturbing story, one in which radioactive isotypes caused hundreds of thousands of casualties.
Scores of Soviet scientists, bureaucrats, and civilians documented stunning increases in cases of birth defects, child mortality, cancers, and a multitude of prosaic diseases, which they linked to Chernobyl. Worried that this evidence would blow the lid on the effects of massive radiation release from weapons testing during the Cold War, international scientists and diplomats tried to bury or discredit it. A haunting revelation of how political exigencies shape responses to disaster, Manual for Survival makes clear the irreversible impact on every living thing not just from Chernobyl, but from eight decades of radiation from nuclear energy and weaponry.
$45.00Add to basket ›