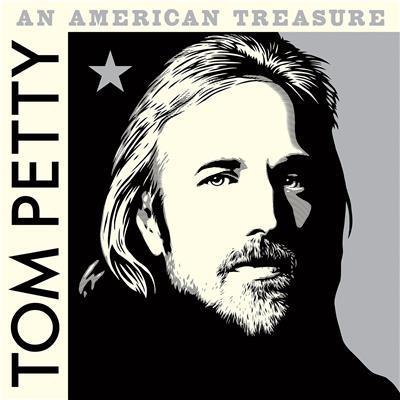 Warner Bros release a compendium of Tom Petty’s music, entitled ‘An American Treasure.’
The Limited Deluxe Mediabook Edition is presented in a beautiful 4CD package containing 63 tracks, drawing from Tom Petty’s Heartbreakers, Mudcrutch and solo material, the songs include demos, alternative versions and live songs.
Eight of the tracks are completely unreleased, with a further 33 songs never released in their An American Treasure format.
The booklet includes new liner notes, photos and forewords from the Tom Petty estate.
$64.95Add to basket ›