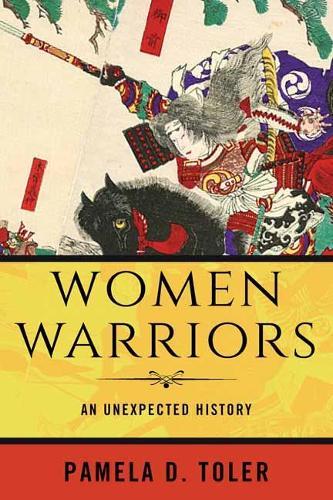 Who says women don’t go to war? From Vikings and African queens to cross-dressing military doctors and WWII Russian fighter pilots, these are the stories of women for whom battle was not a metaphor.

The woman warrior is always cast as an anomaly - Joan of Arc, not GI Jane. But women, it turns out, have always gone to war. In this fascinating and lively world history, Pamela Toler not only introduces us to women who took up arms, she also shows why they did it and what happened when they stepped out of their traditional female roles to take on other identities. These are the stories of women who fought because they wanted to, because they had to, or because they could.
Among the warriors you’ll meet are:

And many more spanning from ancient times through the 20th century. By considering the ways in which their presence has been erased from history, Toler reveals that women have always fought–not in spite of being women but because they are women.