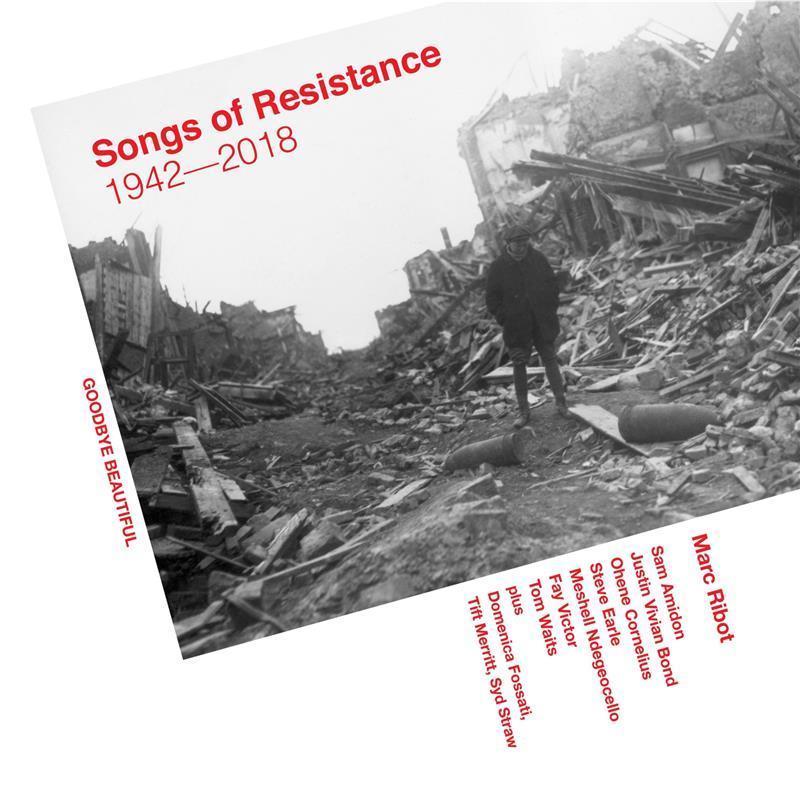 Acclaimed Guitarist Marc Ribot Announces New Political Album, Songs Of Resistance 1942-2018!
“Every movement which has ever won anything has had songs,” says accomplished New York City guitarist Marc Ribot. For his new political album ‘Songs of Resistance 1942-2018’ - out via Anti- Records - Ribot set out to assemble a set of songs that spoke to this political moment with appropriate ambition, passion, and fury.
The eleven songs on the record include a few original compositions as well as traditional songs that are drawn from World War II anti-Fascist Italian partisans, the U.S. civil rights movement and Mexican protest ballads. It also features a wide range of guest vocalists, including Tom Waits, Steve Earle, Meshell Ndegeocello, Justin Vivian Bond, Fay Victor, Ohene Cornelius and Sam Amidon.
Steve Earle joins Ribot on one of the album’s new compositions, which is largely based on texts the guitarist encountered as news stories or overheard conversation.
$12.95Add to basket ›