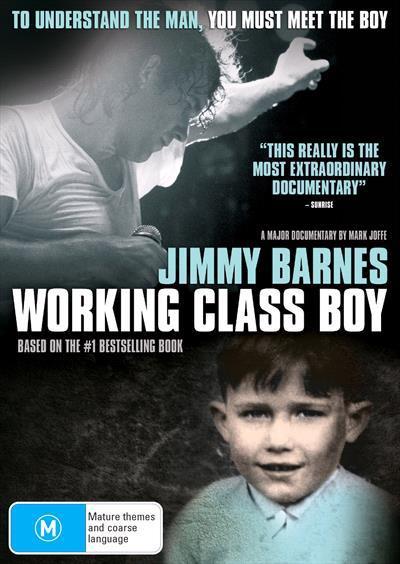 ‘Flame Trees’ is my favourite Cold Chisel song. I love its yearning; the way it coils into a melancholy, regretful tone. But for its vocalist, it’s not an easy song to sing. In Working Class Boy, Jimmy Barnes divulges that every time he performs ‘Flame Trees’ he feels physically ill because it reminds him of home. Barnes’ tricky relationship to the song makes sense, revealed as it is an hour or so into Mark Joffe’s film, because of his personal relationship to the idea of home, which is a fraught and deeply complex one.

“I was born James Dixon Swan. This is the story of how I became Jimmy Barnes,” we are told early in Working Class Boy. For those familiar with Barnes’ coming-of-age story – first laid out in painful, poignant detail in his bestselling 2016 memoir of the same name – that story is a familiar one. Born in Glasgow in 1956, Barnes’ was one of six children raised in poverty by Dorothy and Jim Swan, in an environment rife with alcohol-fuelled violence. Barnes never felt safe, and when the family migrated to Australia in 1961, the better life they hoped for didn’t come.

In Working Class Boy, brutal recollections are punctuated by the music that has been Barnes’ lifeline. The film isn’t a document of Cold Chisel’s history, but of how music can heal one man’s wounded soul. Drawn from an intimate, pared back concert at Sydney’s State Theatre, performances of ‘When the War is Over’ and the soul classic ‘The Dark End of the Street’ stand out for their raw honesty. While music is frequently an escape from reality – evoked in the image of Cold Chisel fleeing Adelaide in a van – Working Class Boy makes it clear that for Barnes it was also chance to remake his life and finally find a home.