Into the Fire: Live at Wigmore Hall 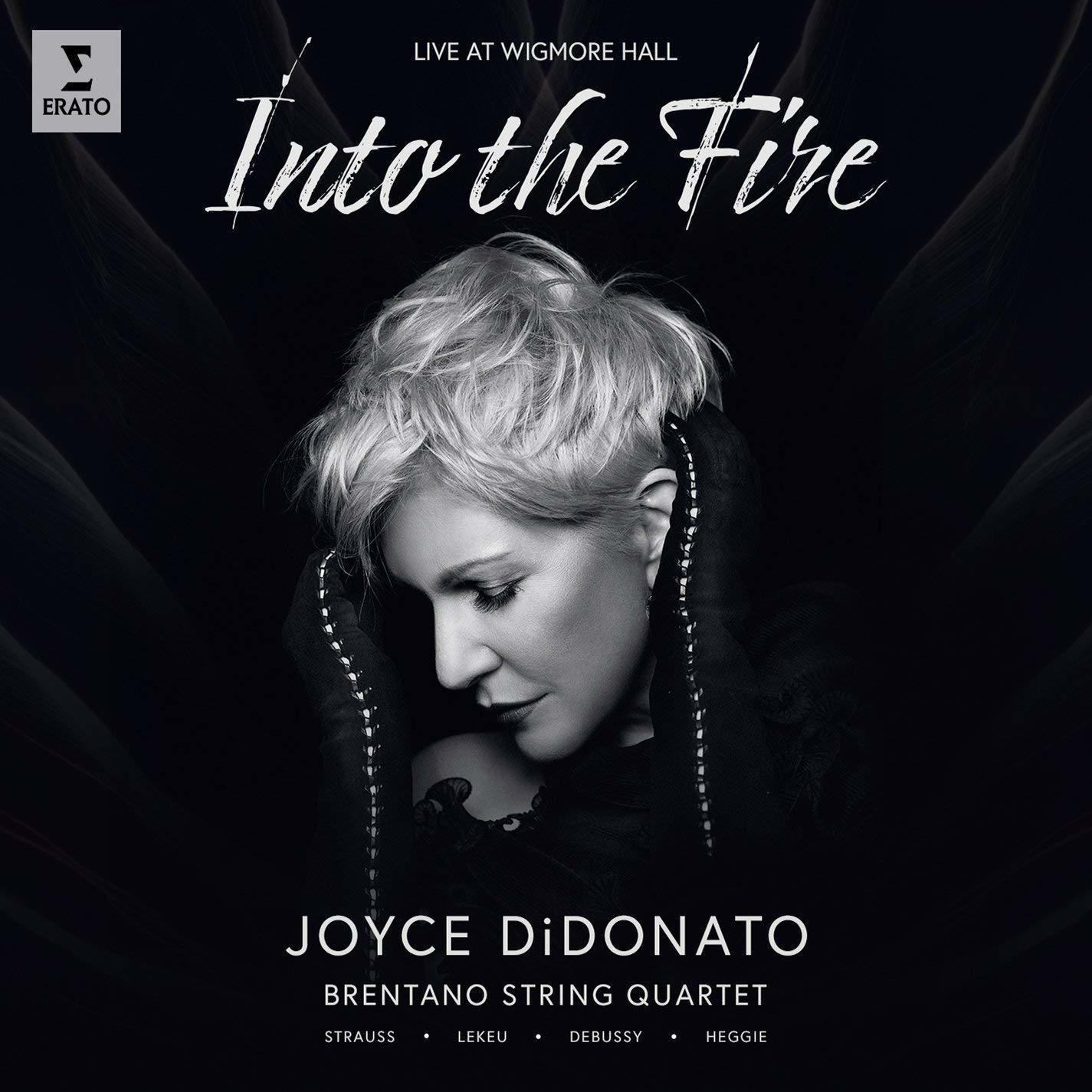 Into the Fire: Live at Wigmore Hall

Recorded live at London’s celebrated Wigmore Hall, this captivating recital by Joyce DiDonato and the Brentano Quartet was conceived around Jake Heggie’s song cycle Camille Claudel: Into the Fire, a work written for DiDonato - she describes it as “one of most moving projects I’ve ever been part of”. Songs by Debussy and Strauss and a quartet movement by Guillaume Lekeu complete the programme, which prompted the Financial Times to write that “the beauty and range” of DiDonato’s singing “are surely now at their impressive peak.”

For me, the drawcard of mezzo-soprano Joyce DiDonato’s latest album, recorded live in Wigmore Hall, is not Jake Heggie’s song cycle Into the Fire, but DiDonato’s moving Richard Strauss interpretations. Mark Steinberg, first violinist of the Brentano String Quartet, has transcribed for strings and voice Strauss’s best-known lieder, including ‘Morgen!’ and ‘Du meinen Herzens Krönelein’. Although a mezzo-soprano, DiDonato possesses a high-set voice, and she sings the lieder in their original soprano keys. In this range, her voice has the shimmer of a soprano, but evidence of the depth of a mezzo-soprano. And, considering her voice type, she lends the vulnerability of a singer exploring a range with which she has perhaps not always been so comfortable.

Those familiar with ‘Morgen!’ may also know its origins as Strauss’s wedding gift to his soprano wife. The exquisite song expresses a deep and profound happiness that comes from simple companionship. Originally composed with piano accompaniment, and later arranged for orchestra by Strauss himself, Steinberg’s string transcription sits somewhere in between, lacking the fullness of both piano and orchestra. However, the disparate string parts create a breeziness that complements the poetic descriptions of sun, sky, and earthly love, and the gossamer thread of DiDonato’s pianissimo.

Also on the album are Heggie’s voice and strings transcriptions of Debussy’s 3 Chansons de Bilitis, much in a similar vein to Steinberg’s transcriptions. Being altogether different repertoire (although roughly contemporaneous), this version of the Debussy magnifies some aspects of the music, rather than vastly changing the aural landscape. If anything, Heggie’s rereading of the accompaniment sounds even more impressionistic than the original. Now, DiDonato gives us the full breadth and depth of her voice, demonstrating the power of her lower register even when singing quietly. A highly recommended recording of a singer at the peak of her career.