Heart Love, The Story of Carter and Brice 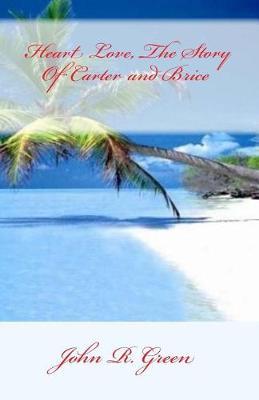 Heart Love, The Story of Carter and Brice

This is book five in the Heart Love series and it stands on its own as it picks up where Heart Love, The Story of Matt and Nate leaves off. Brice tells Matt Junior how the alien Carter came to Earth and fell in love. How Carter’s damaged spaceship was forced to land on Earth. It was late at night when Carter started walking towards a nearby farmhouse to see if he could find parts needed to repair his ship. It was so dark outside that Carter couldn’t see where he was going. Before he knew it, he stepped off a thirty-foot cliff and rolled down the large hill. He was badly injured and laid unconscious at the bottom of the cliff. Joe, a very hot young man on his way back home from his date finds Carter unconscious and takes him home with him. Joe tries to help Carter find what he needs to repair his ship. The two hot young men become more than just friends as they get to know more about each other. They fall in love in a time when men are men, and men don’t fall in love with other men.Years later Brice meets Carter when Carter saves his life. Brice was fifteen and on a camping trip with some older guys that tied him to a tree. Then they took turns beating and raping him. They left Brice in the woods to die and he would have if Carter had not found him. Brice tells how he got revenge on those who raped him and left him to die in those woods.