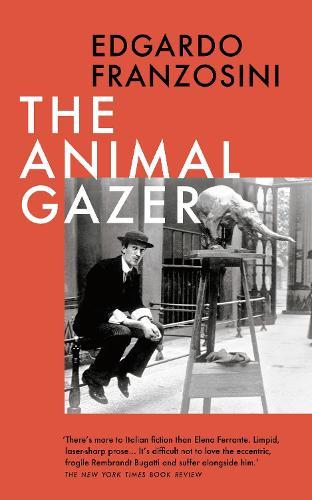 A novel about the 20th century’s greatest animal sculptor - a sensitive artist destroyed by the cruelties of the First World War.
Rembrandt Bugatti was the brother of the famous builder of luxury sports cars, Ettore. He made stunningly beautiful bronzes of wild animals that he spent days and weeks observing in the Paris and Antwerp Zoos. Sometimes he took the animals to live in his Paris apartment while he worked on his pieces.
Edgardo Franzosini’s haunting short novel recreates the eccentric, orderly life of this strange genius, a gentle man who loved animals and created some of the most memorable sculptures of our time. HIs short life was ruined by the declaration of war in August 1914. As the Germans drew closer to Paris and Antwerp, the zoos in both cities were closed.
Then, in fear and panic, the decision was taken to shoot the captive creatures. Firing squads of soldiers massacred the wild cats, elephants and eagles. Bugatti, by then working in a military hospital, killed himself, unable to live in a world that allowed such horrors to be visited on man and beast.
$32.99Add to basket ›