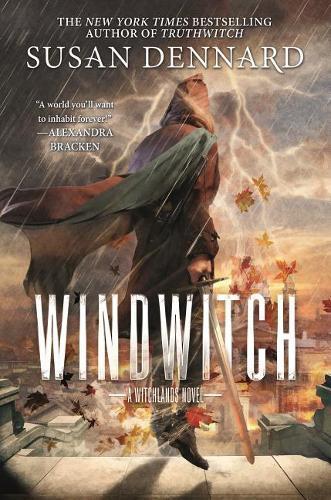 The Windwitch Prince Merik is presumed dead, following a lethal explosion. He’s left scarred but alive and determined to expose his sister’s treachery. Yet on reaching the royal capital, he’s shocked to find it crowded with refugees fleeing conflict. Merik haunts the streets, fighting for the weak. This leads to whispers of a disfigured demigod, the Fury, who brings justice to the oppressed. Hunted by the Cleaved, Iseult is struggling to stay free while she searches for her friend Safi. When the Bloodwitch Aeduan corners Iseult first, she offers him a deal: she’ll return what was stolen from him, if he locates the Truthwitch. Yet unknown to Iseult, there’s a bounty on her head - and Aeduan intends to claim it. After a surprise attack and shipwreck, Safi and the Empress of Marstok barely escape with their lives. They find themselves amongst pirates, where a misstep could mean death. And the bandits' next move could unleash war upon the Witchlands.