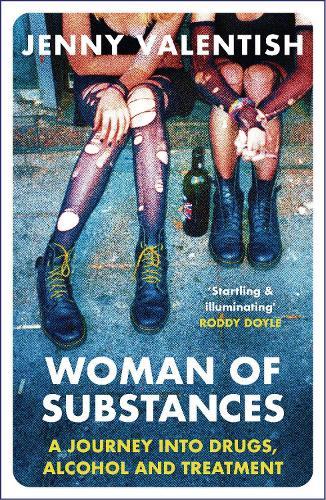 Journalist Jenny Valentish takes a gendered look at drugs and alcohol, using her own story to light the way. Mining the expertise of 35 leading researchers, clinicians and psychiatrists, she explores the early predictors of addictive behaviour, such as trauma, temperament and impulsivity. Drawing on neuroscience, she explains why other self-destructive behaviours - such as eating disorders, compulsive buying and high-risk sex - are interchangeable with problematic substance use. From her childhood in suburban Slough to her chaotic formative years in the London music scene, we follow her journey to Australia, where she experiences firsthand treatment facilities and AA groups, and reflects whether or not they are meeting the needs of women. Woman of Substances is an insightful, rigorous and brutally honest read. In Australia it was nominated for a prestigious Walkley Book Award. ‘Employing expert interviews and research, each rich personal episode is contextualised within the under-examined issue of women’s substance abuse. Detailed, insightful and told with a feature writer’s narrative flair’ Bookseller and Publisher. ‘Engages readers with storytelling while presenting scientific findings and theories in a way that is accessible to a broad audience’ Broadsheet. ‘Part monograph, part memoir, part Ginsbergian howl of outrage at a culture in which gender bias is a tenet. It is a work of compellingly articulate anger’ The Australian. ‘In straightforward, lively prose she relates even her darkest moments without self-pity or aggrandisement, and often with a streak of gallows humour, leading to more laugh-out-loud lines than you might expect’ The Saturday Paper. ‘We need books like this, and writers like Valentish, to give voice to our frustrations and concerns, to help legitimise and mobilise’ Kill Your Darlings. ‘Valentish’s passion lies in exploring the underlying causes and their effects and, in the most female of ways, offering companionship and reassurance for her readers’ The Monthly. ‘Doesn’t mince her words’ Sydney Morning Herald.