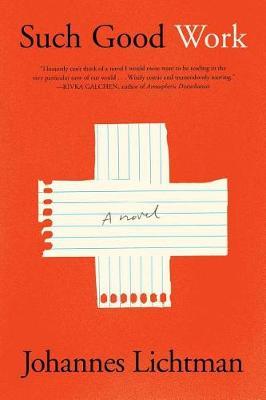 From Johannes Lichtman comes a wisely comic debut novel about a teacher whose efforts to stay sober land him in Sweden, but the refugee crisis forces a very different kind of reckoning. You don’t have to be perfect to do good.
Jonas Anderson wants a fresh start.
He’s made plenty of bad decisions in his life, and at age twenty-eight he’s been fired from yet another teaching position after assigning homework like, Attend a stranger’s funeral and write about it. But, he’s sure a move to Sweden, the country of his mother’s birth, will be just the thing to kick-start a new and improved - and newly sober - Jonas.
When he arrives in Malmo in 2015, the city is struggling with the influx of tens of thousands of Middle Eastern refugees. Driven by an existential need to do good, Jonas begins volunteering with an organization that teaches Swedish to young migrants. The connections he makes there, and one student in particular, might send him down the right path toward fulfillment - if he could just get out of his own way.
Such Good Work is, indeed, a bit Jonas-like: it’s wary of affectation or grandstanding; it works small, as if from a sense of modesty, a reluctance to presume; it cuts sincerity with the driest of humor (The New Yorker). In his debut, Lichtman, a remarkable thinker and social satirist (New York Times Book Review), spins a darkly comic story, brought to life with wry observations and searing questions about our modern world, and told with equal measures of grace and wit.
$53.95Add to basket ›

END_OF_DOCUMENT_TOKEN_TO_BE_REPLACED

An intensely human story amidst a global conflict, The Parisian is historical fiction with a remarkable contemporary voice.

The characters in Happy Like This are smart girls and professional women who search for happiness in roles and relationships that are often unscripted or unconventional. The ten shimmering stories in this collection offer deeply...

From Johannes Lichtman comes a wisely comic debut novel about a teacher whose efforts to stay sober land him in Sweden, but the refugee crisis forces a very different kind of reckoning. You don't have to be perfect to do...