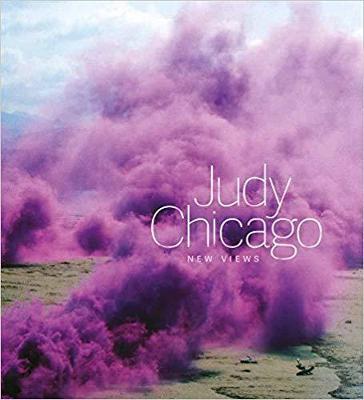 As the first major monograph on the feminist artist Judy Chicago in nineteen years, this fully illustrated volume provides fresh perspectives by leading scholars. Many people know her famed The Dinner Party, installed as the centrepiece of the Sackler Center for Feminist Art at the Brooklyn Museum, but few know her other prescient bodies of work - on sex, birth, death, violence, the natural world, and more. Featuring her newest work, The End, as well as major examples from throughout her career, this fascinating, elegantly designed book offers a new examination of Chicago’s wide-ranging artistic expression and powerful voice. The book is published on the occasion of the artist’s eightieth birthday and an exhibition of new work at the National Museum of Women in the Arts, as well as the announcement of the Judy Chicago online archival portal. Contents: Acknowledgements; Who’s Afraid of Judy Chigago?; In Conversation with Judy Chicago; Through Minimalist to Feminist; ‘To Tell of Touch, to Touch by Telling’: The Erotics of The Dinner Party; Gestures of Liberation: Smoke and Firework Performances, 1968-1974 Of Woman Born; Metamorphosis as Stasis in PowerPlay and the Holocaust Project; Two Tales of Herstoric Proportion; The End: A Meditation on Death and Extinction; Chronology; Selected Bibliography; Index. Published to accompany the exhibition Judy Chicago: The End which will be on view at the National Museum of Women in the Arts from September 2019 to January 2020. AUTHOR: Judy Chicago is an artist, writer, educator, and humanist whose work and life are models for an enlarged definition of art, an expanded role for the artist, and women’s right to freedom of expression. SELLING POINTS: Published to accompany a major exhibition of new work at the National Museum of Women in the Arts (September 2019-January 2020) The first major monograph on the artist in nineteen years The book focuses on key works and redefines her contributions to art history through new essays, an interview, and art and documentary images Judy Chicago was named one of Time magazine’s 100 most influential people in 2018 240 colour images