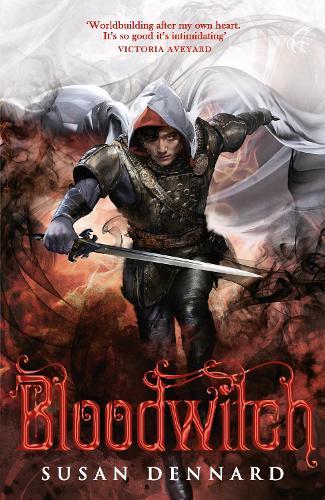 Loyalties will be tested as never before The Raider King’s schemes to subdue the Witchlands gain momentum. Now, his forces sow terror in the mountains, slaughtering innocents - and after finding the slain, Aeduan and Iseult race for safety. Despite differing goals, they’ve learned to trust one another to survive. Yet the Bloodwitch guards a secret that could change everything … When Merik sacrifices himself to save his friends, he’s captured by the Fury. However, this won’t stop Merik doing whatever it takes to protect those he loves. And in Marstok, Safi the Truthwitch is helping their empress uncover a rebellion. But those implicated are killed, and Safi becomes desperate for freedom. War has come to the Witchlands. If Safi and Iseult were united, their powers could bring peace - but chaos is not easily tamed. Bloodwitch is the third book in the stunning Witchlands series by Susan Dennard, perfect for fans of Robin Hobb and Trudi Canavan.