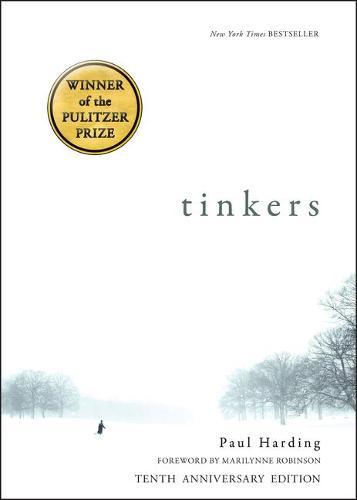 In this deluxe tenth anniversary edition, Marilynne Robinson introduces the beautiful novel Tinkers, which begins with an old man who lies dying. As time collapses into memory, he travels deep into his past, where he is reunited with his father and relives the wonder and pain of his impoverished New England youth. At once heartbreaking and life affirming, Tinkers is an elegiac meditation on love, loss, and the fierce beauty of nature. The story behind this New York Times bestselling debut novel - the first independently published Pulitzer Prize winner since A Confederacy of Dunces received the award nearly thirty years before - is as extraordinary as the elegant prose within it. Inspired by his family’s history, Paul Harding began writing Tinkers when his rock band broke up. Following numerous rejections from large publishers, Harding was about to shelve the manuscript when Bellevue Literary Press offered a contract. After being accepted by BLP, but before it was even published, the novel developed a following among independent booksellers from coast to coast. Readers and critics soon fell in love, and it went on to receive the Pulitzer Prize, prompting the New York Times to declare the Consortium Fall 2018 Adult Catalog novel’s remarkable success ‘the most dramatic literary Cinderella story of recent memory.’ That story is still being written as readers across the country continue to discover this modern classic, which has now sold over half a million copies, proving once again that great literature has a thriving and passionate audience.