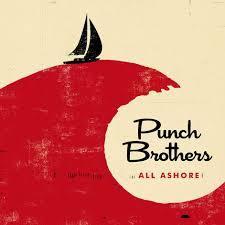 As Punch Brothers' mandolinist and lead singer Chris Thile says, All Ashore is ‘a meditation on committed relationships in the present day, particularly in the present political climate.’