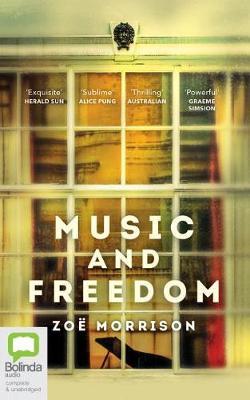 A gripping and beautifully written novel in the style of Elizabeth is Missing and the work of Elizabeth Harrower. Alice Murray learns to play the piano aged three on an orange orchard in rural Australia. Recognising her daughter’s gift, her mother sends Alice to boarding school in the bleak north of England, and there Alice stays for the rest of her childhood. Then she’s offered a scholarship to the Royal College of Music in London, and on a summer school in Oxford she meets Edward, an economics professor who sweepsher off her feet. Alice soon finds that Edwards is damaged, and she’s trapped. She clings to her playing and to her dream of becoming a concert pianist, until disaster strikes. Increasingly isolated as the years unravel, eventually Alice can’t find it in herself to carry on. Then she hears the most beautiful music from the walls of her house … This novel’s love story is that of a woman who must embrace life again if she is to survive. Inspiring and compelling, it explores the dark terrain of violence and the transformative powers of music and love.