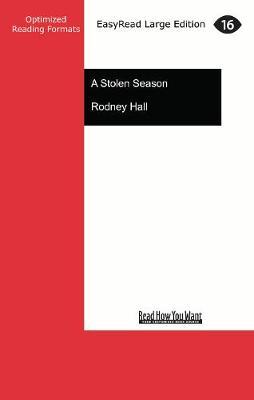 Adam’s life has been ruined by war … A veteran of the Iraq conflict who has suffered such extensive bodily trauma that he can only really survive by means of a mechanical skeleton. Marianna’s has been ruined by men … A woman who has had to flee the country after her husband lied to the wrong people. John Philip’s by too much money … Until he receives a surprise inheritance in the evening of his own life. Rodney Hall, two-times winner of the Miles Franklin Literary Award, presents the story of three people experiencing a period of life they never thought possible, and, perhaps, should never have been granted at all… “Hall looks towards the future in this elegant and hopeful novel, tethering it to a particularly current mood, standing back and waiting for it to take flight.” Weekend Australian