A Dangerous Language: Book 8 in the Rowland Sinclair Mystery Series 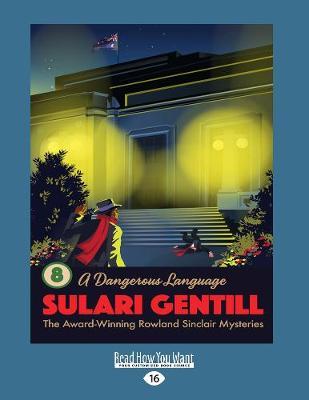 A Dangerous Language: Book 8 in the Rowland Sinclair Mystery Series

When Rowland Sinclair volunteers his services as a pilot to fly the renowned international peace advocate, Egon Kisch, between Fremantle and Melbourne, he is unaware of how hard Australia’s new Attorney General will fight to keep the “raging reporter” off Australian soil. In this, it seems, the government is not alone, as clandestine right-wing militias reconstitute into deadly strike forces. A Communist agent is murdered on the steps of Parliament House and Rowland finds himself drawn into a dangerous world of politics and assassination. A disgraced Minister, an unidentified corpse and an old flame who will not be denied all bring their own special bedlam. Once again, Rowland Sinclair stands against the unthinkable with an artist, a poet and a brazen sculptress by his side.