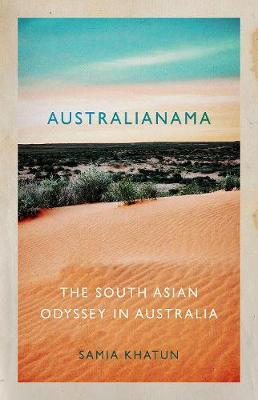 Australian deserts remain dotted with the ruins of old mosques. Beginning with a Bengali poetry collection discovered in a nineteenth-century mosque in the town of Broken Hill, Samia Khatun weaves together the stories of various peoples colonized by the British Empire to chart a history of South Asian diaspora. Australia has long been an outpost of Anglo empires in the Indian Ocean world, today the site of military infrastructure central to the surveillance of ‘Muslim-majority’ countries across the region. Imperial knowledges from Australian territories contribute significantly to the Islamic-Western binary of the post- Cold War era. In narrating a history of Indian Ocean connections from the perspectives of those colonized by the British, Khatun highlights alternative contexts against which to consider accounts of non-white people. Australianama challenges a central idea that powerfully shapes history books across the Anglophone world: the colonial myth that European knowledge traditions are superior to the epistemologies of the colonized. Arguing that Aboriginal and South Asian language sources are keys to the vast, complex libraries that belie colonized geographies, Khatun shows that stories in colonized tongues can transform the very ground from which we view past, present and future.