Inside Pine Gap: The Spy Who Came in from the Desert 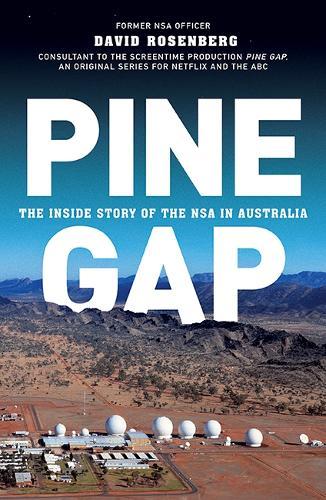 Inside Pine Gap: The Spy Who Came in from the Desert

In 1966, Australia and the US signed a treaty that allowed the establishment of a jointly run satellite tracking station, just south of Alice Springs. For more than fifty years it has operated in a shroud of secrecy and been the target of much public and political controversy. David Rosenberg, a US high-tech spy who worked at Pine Gap for 18 years, was the first to speak out to give an insider’s account of what happens behind those locked gates in the middle of the Australian desert. Rosenberg detailed his career with an American intelligence agency during a tumultuous period in history that covered the terms of three American Presidents, four Australian Prime Ministers, the end of the Cold War, a peace treaty between Israel and Jordan, two wars in Iraq, genocide in Rwanda, as well as the ‘War against Terror’ and the emergence of North Korea as a nuclear-armed nation. This revised and expanded edition of Rosenberg’s account is a fascinating glimpse inside the top-secret world of military surveillance. It includes a new afterword discussing how, in the fallout of controversies such as the Edward Snowden leaks, the ethics of eavesdropping are now more important than ever. www.pinegapbook.com