The New England Life of Cartoonist Bob Montana: Beyond the Archie Comic Strip 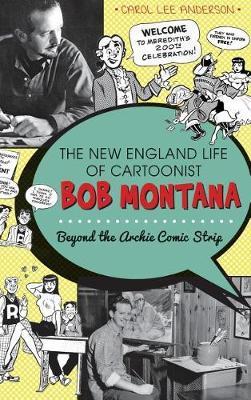 The New England Life of Cartoonist Bob Montana: Beyond the Archie Comic Strip

Bob Montana, creator of the Archie comic strip and one of America’s greatest cartoonists, always considered himself a true New Englander. Filled with the antics of the rambunctious teenagers of the fictional Riverdale High, Montana’s comic strip was based on his high school years in Haverhill, Massachusetts. At the height of his career, he lived as a beloved resident in the quaint, picturesque town of Meredith in the heart of the Lakes Region of New Hampshire. For nearly thirty years, he was considered an extraordinarily respected contributor to the community. Drawing from the Yankee humor he saw around him, Montana deftly included local scenes, events and characters in the puns and pranks of Archie’s comic-strip life. Join Lakes Region historian Carol Lee Anderson as she takes readers beyond the Archie comic strip and tells the story of the remarkable New England life of Bob Montana.