American Shaolin: Flying Kicks, Buddhist Monks, and the Legend of Iron Crotch; An Odyssey in the New China 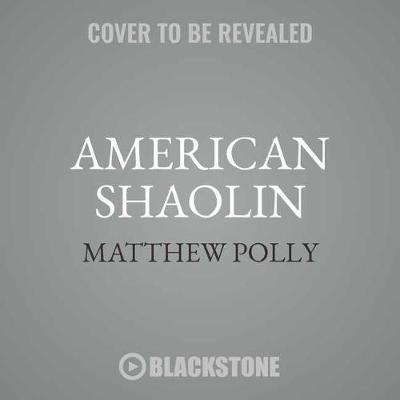 American Shaolin: Flying Kicks, Buddhist Monks, and the Legend of Iron Crotch; An Odyssey in the New China

Bill Bryson meets Bruce Lee in this raucously funny story of one scrawny American’s quest to become a kung fu master at China’s legendary Shaolin Temple. Growing up a ninety-pound weakling tormented by bullies in the schoolyards of Kansas, young Matthew Polly dreamed of one day journeying to the Shaolin Temple in China to become the toughest fighter in the world, like Caine in his favorite 1970s TV series, Kung Fu. While in college, Matthew decided the time had come to pursue this quixotic dream before it was too late. Much to the dismay of his parents, he dropped out of Princeton to spend two years training with the legendary sect of monks who invented kung fu and Zen Buddhism. Expecting to find an isolated citadel populated by supernatural ascetics that he had seen in countless badly dubbed chop-socky flicks, Matthew instead discovered a tacky tourist trap run by Communist party hacks. But the dedicated monks still trained in the rigorous age-old fighting forms-some even practicing the iron kung fu discipline, in which intensive training can make various body parts virtually indestructible-even the crotch. As Matthew grew in his knowledge of China and kung fu skill, he would come to represent the temple in challenge matches and international competitions, and ultimately the monks would accept their new American initiate as close to one of their own as any Westerner had ever become. Laced with humor and illuminated by cultural insight, American Shaolin is an unforgettable coming-of-age tale of one young man’s journey into the ancient art of kung fu-and a funny and poignant portrait of a rapidly changing China.