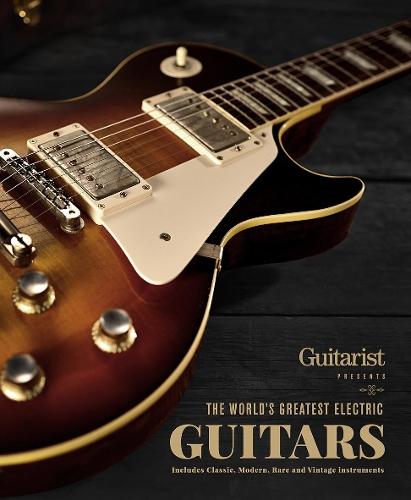 This book contains beautiful, specially commissioned photographs of more than one hundred of the greatest guitars ever made, from original standard-issue Gibsons and Fenders to custom-built one-offs and pre-owned classics.
Some guitars are works of art and are hugely valuable, either because of where they were made (and who by) or because of who played them. The stunning imagery is combined with salient facts and descriptions of the guitar and player (where relevant), making this book a fascinating guide to some of the most sought-after instruments in the world today.
Stunning modern designs are included alongside the sometimes battered ancient pieces in this eclectic, riveting guide. Features are included on particular guitars and their players, including Eddie Van Halen’s Frankenstrat, David Gilmour’s black Stratocaster, Brian May’s Red Special, and more.
$24.95Add to basket ›