The Lost Treasure of Talus Scree 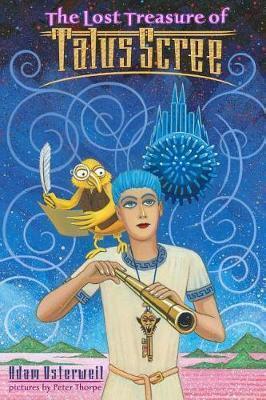 The Lost Treasure of Talus Scree

In the land of Talus Scree magical rocks yield powers to those who use them. Hover rocks allow kids to hover on air as if they were on a skateboard; clone rocks will duplicate anything; and flavor rocks will cook up a great meal. Good (the Protector of Light and the Angel of Beauty) struggles against evil (the Overlord of Darkness and the Gremlin of Mischief) for control of Talus Scree. Kiffin, a blue-haired twelve-year-old, grows up on Misty Island in privilege. While the adults, including his parents, slave away in Prince Mischief’s mines and the children go to mining school, Kiffin is free to wander the island and do what he wants. He even has a yerble, Shelfy, a rare, magical creature that can shape-shift into any animal, except enchanted beasts or mutants. When Kiffin finds the key to the lost treasure of Talus Scree, he and Shelfy embark on an adventure to find the treasure and save the world.