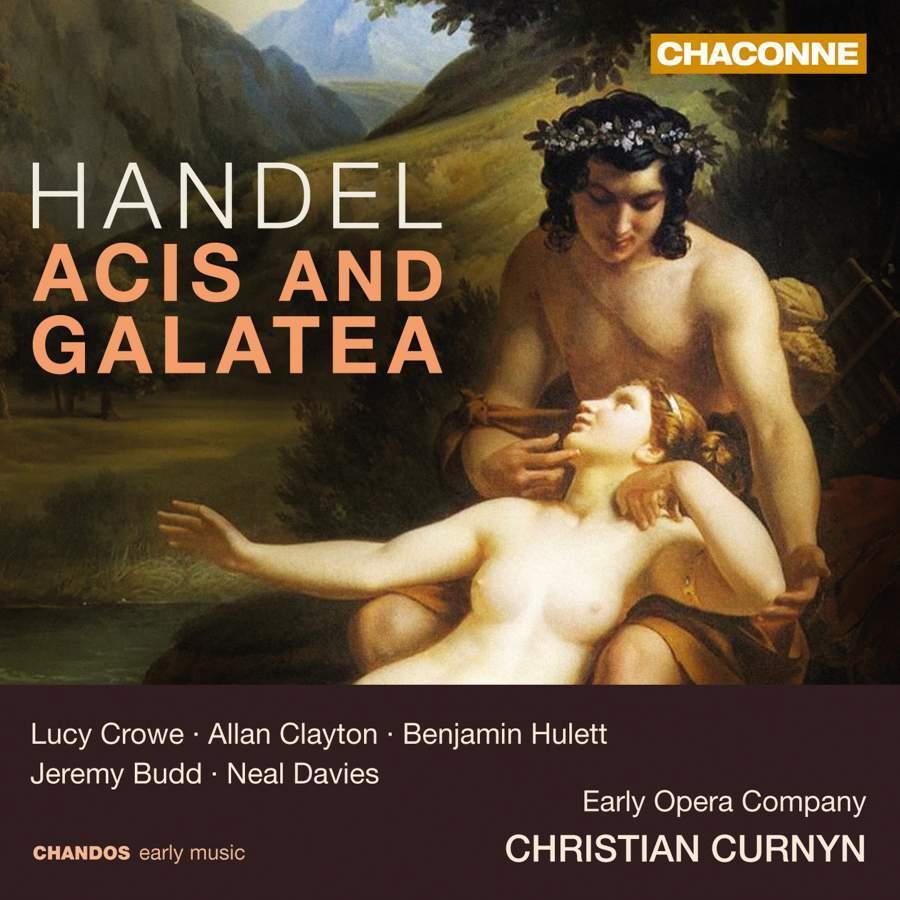 The award-winning Early Opera Company under the direction of founder Christian Curnyn celebrates the 300th anniversary of the premiere of one of Handel’s most sublime creations: Acis and Galatea.
This unique interpretation is performed as Handel himself specified in the manuscript: supported by fourteen period instruments, the outstanding cast of singers takes on the solo parts as well as the magnificent choruses. This is Handel writing at his highest levels of intimacy and intensity; the music superbly supports the libretto’s evocative portrayal of the story, simultaneously restrained, economical, and deeply moving.
It is exquisite music, and has been the Early Opera Company’s most frequently requested and played performance over the last few years. With the addition of Baroque experts Lucy Crowe and Benjamin Hulett, previously featured on the award winning Chandos recording of Serse, this album in surround sound is not only an extraordinary achievement for the company but a must-have for all early music lovers.

No sooner have Acis and Galatea declared their love than the evil giant (read: sexual predator) Polyphemus tears their union asunder. After doggedly but unsuccessfully pursuing Galatea, a jilted Polyphemus retaliates by ingloriously crushing Acis under a rock. Finally, with great poise, Galatea exerts her power divine by immortalising her beloved Acis. This fantastic new Chandos recording of Handel’s pastoral opera Acis and Galatea features the remarkable soprano of Lucy Crowe as our anguished heroine, and, for its charming melodies and affecting choruses, reminds us why Handel remains the great master of baroque opera.

Not since Sophie Daneman has there been a lovelier and more earthly Galatea. So far, Crowe has spent much of her career specialising in baroque music, and only recently has she diversified into bel canto repertoire. The change is noteworthy – while she still possesses impressive agility, her voice has taken on a richer, deeper quality. Her Galatea, therefore, sounds womanly and wise – she is alternately attuned to both the excitement and disappointment of love, and tormented by grief. If Daneman’s Galatea was a fresh-faced portrait of a love-struck young nymph, then Lucy Crowe’s recording with the Early Opera Company is a portrait for a post-#MeToo world.