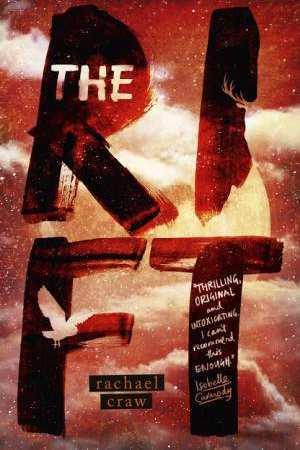 When the Rift opens, death follows. For generations, the Rangers of Black Water Island have guarded the Old Herd against horrors released by the Rift. Cal West, an apprentice Ranger with a rare scar and even rarer gifts, fights daily to prove he belongs within their ranks.

After nine years away, Meg Archer returns to her childhood home only to find the Island is facing a new threat that not even the Rangers are prepared for. Meg and Cal can’t ignore their attraction, but can they face their darkest fears to save the Island from disaster?

Returning to her childhood home of Black Water Island is as terrifying as it is exciting for Meg Archer. She has spent the past nine years living on the mainland with her mother after the accident that left her and her friend Cal scarred in more ways than one.

Since Meg left, Cal has been doing his best to prove he belongs on the island, but it’s hard when the strange powers thrust upon him in that same accident constantly set him apart from the Rangers, the protectors of the sacred deer. Not to mention the fact Meg still haunts his dreams.

With the dreaded Cull about to begin, tensions are high as the Rangers attempt to save the herd whilst upholding a precarious agreement with the Hunters from the mainland. The Hunters are only interested in one thing: testing out a new drug on their prey, with some nightmarish side-effects.

In her journey of self-discovery, Meg’s about to learn that the old myths and legends about the Island she was raised on are not only real, but deadly. If she and Cal are to escape with their lives and also protect the ones they love, they’ll have to dig deeply into their memories to discover what actually happened all those years ago.

Although honourable mentions must be given to the ‘mutant space dogs’, ‘zombie deer’, and ‘magnetic romance’; it is the intelligent, self-aware narrative that knows when to laugh at itself that will greatly appeal to a vast array of readers, especially lovers of Laini Taylor and Sarah J. Maas. For readers 14+.

Clodagh Robinson-Watts works as a bookseller at Readings Carlton.