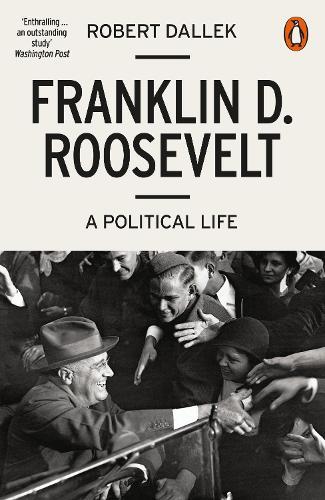 Franklin D. Roosevelt is a towering figure in twentieth-century history. A masterful politician who would win an unprecedented four presidential terms, initiate landmark reforms that changed the American industrial system and transformed an isolationist country into an international superpower, he ranks among the country’s greatest presidents, and his ability to unite a divided nation and generate consensus remains unsurpassed. Robert Dallek’s biography is a remarkable portrait of a man dedicated entirely to public affairs - a statesman who found politics a far more interesting and fulfilling pursuit than the management of family fortunes or the indulgence of personal pleasure, and who skilfully used his office to advance an extraordinary agenda. Dallek attributes Roosevelt’s success to two remarkable political insights. First, unlike any other president, he understood that efficacy in the American political system depended on building a national consensus and commanding stable, long-term popular support. Second, he made the presidency the central, most influential institution in modern America. In addressing the country’s international and domestic problems, Roosevelt recognized the vital importance of remaining closely attentive to the full range of public sentiment around policy-making decisions - perhaps his most enduring lesson in leadership. Dallek brings to Roosevelt’s life all the rigour and incisiveness of his bestselling biographies.