The Unsinkable Walker Bean and the Knights of the Waxing Moon 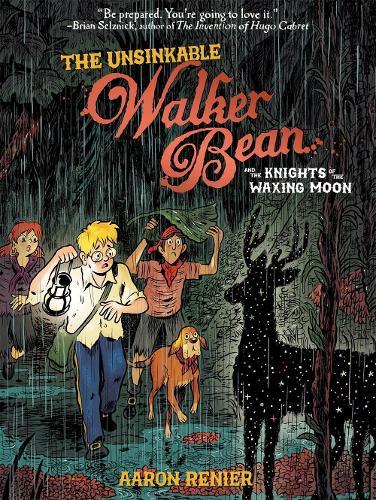 The Unsinkable Walker Bean and the Knights of the Waxing Moon

Walker, Shiv, and Genoa are marooned on Plumb Island with the crew of the Jacklight, their ship in tatters. As they plan their escape, Walker corresponds with his grandfather using his sea-faring message jug. He learns that a gold-trimmed ship, billowed in storm clouds, has arrived in Winooski Bay. And one of its passengers is a clairvoyant woman who knows the secrets of Atlantis-and she looks exactly like Genoa.
Drawing from sources as disparate as Tintin, the Iliad, Kidnapped!, and Moby Dick, Renier has woven together a breathless tale that will leave readers with their ears ringing from the cannonshot, and their eyes dazzled from the glowing stares of seawitches.
$29.99Add to basket ›