The Other Side of Hope (DVD) 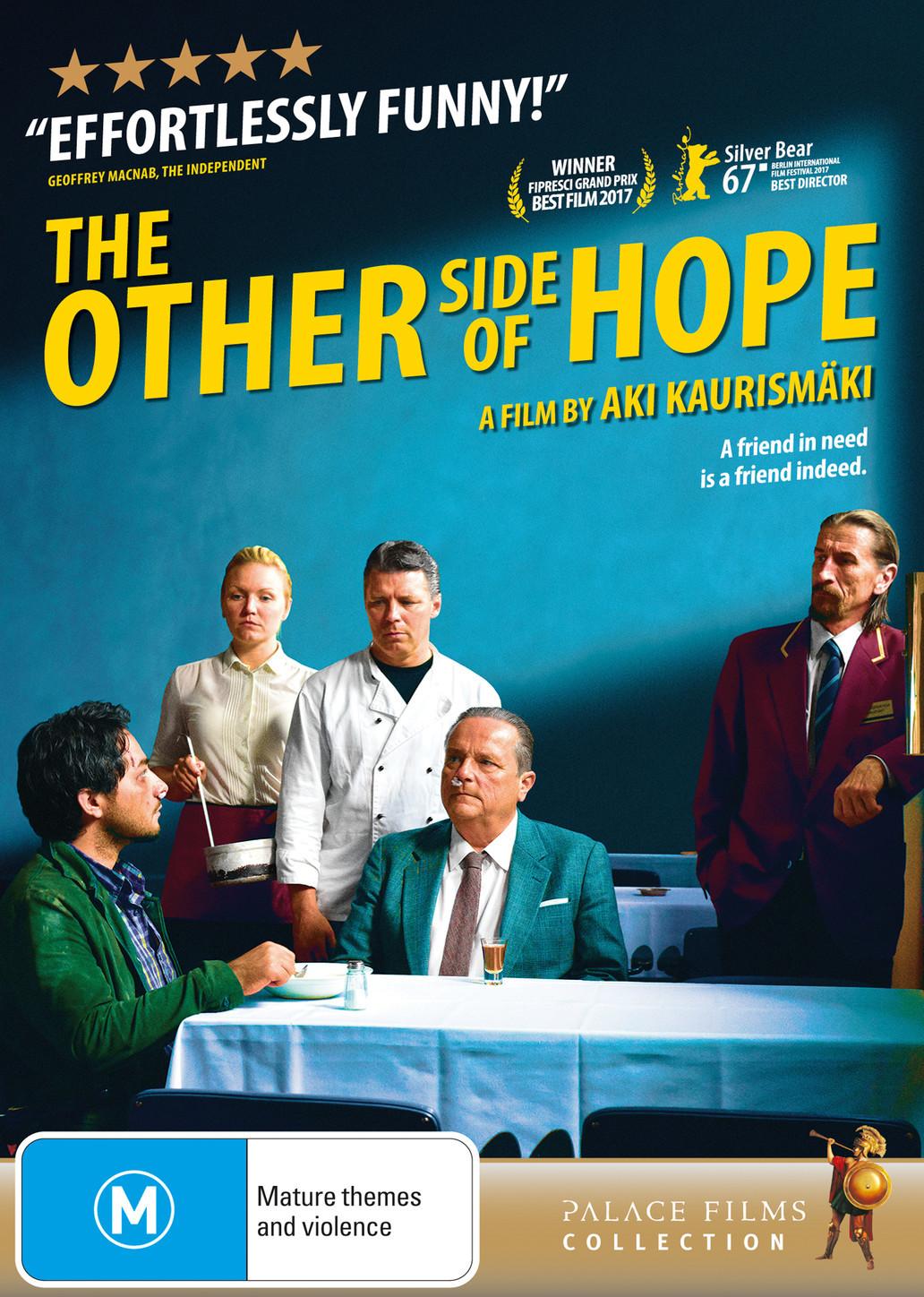 The Other Side of Hope (DVD)

Winner of the Silver Bear for Best Director at the 2017 Berlin Film Festival, where it topped the prestigious Screen International critics poll, the hilarious and poignant new comedy from beloved director Aki Kaurismaki (Le Havre, Drifting Clouds, The Man Without A Past) is a richly enjoyable and compassionate crowdpleaser about the friendship between a newcomer to Helsinki and a budding if completely inexperienced restaurateur.
After arriving in Finland from Syria as a stowaway on a freighter, Khaled (superb newcomer Sherwan Haji) applies for asylum. Things dont look encouraging, and not all locals present a welcoming face. But after crossing paths with stoic travelling shirt salesman-turned-entrepreneur Wikstrm (Sakari Kuosmanen), he finds an unlikely source of kindness and connection. When Khaled eventually receives news of his missing sister, Wikstrm hatches a scheme to help reunite the pair, but it seems getting out of Finland is much, much trickier than getting in…
Kaurismaki’s thoughtful and unmistakably droll films often depict difficult situations and people working in solidarity to overcome them, but with The Other Side of Hope he reaches new levels of resonance. Indeed, this intelligent, funny and affecting film has been hailed one of his best, and a masterful swansong from one of cinemas finest auteurs.
$29.95Add to basket ›