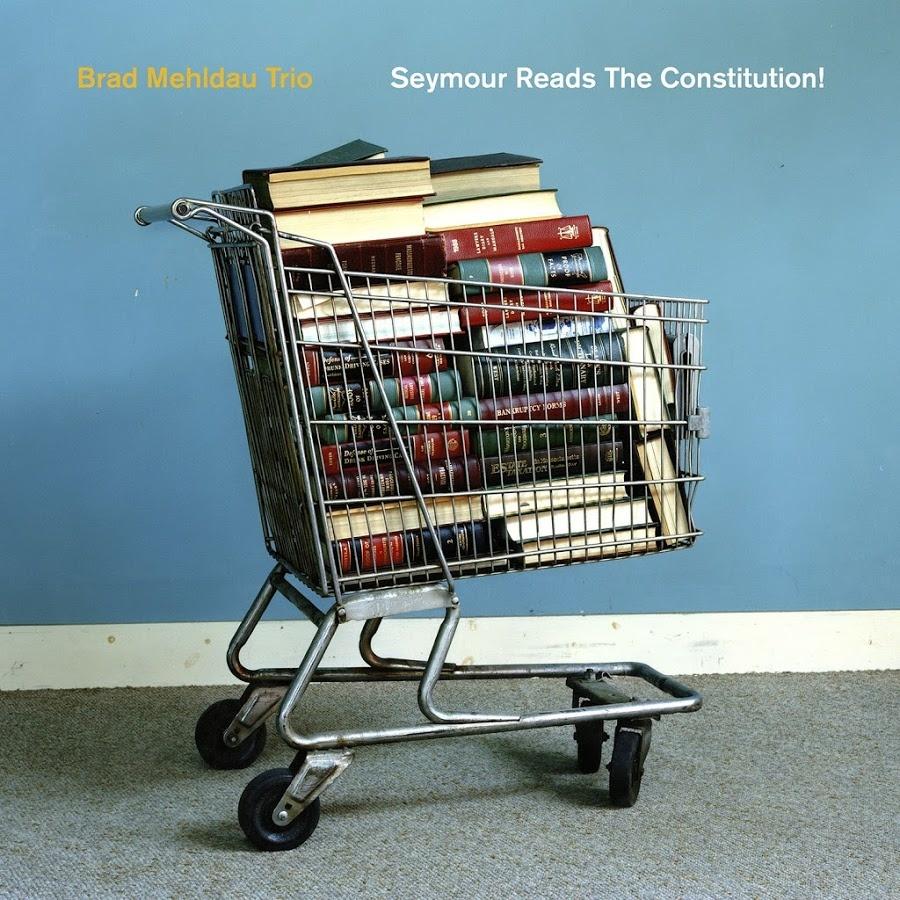 Nonesuch Records releases the Brad Mehldau Trio’s Seymour Reads the Constitution!. The pianist and his longtime trio, which includes drummer Jeff Ballard and bassist Larry Grenadier, perform three Mehldau originals combined with interpretations of pop songs (Paul McCartney, Brian Wilson), jazz tunes (Elmo Hope, Sam Rivers), and one work from the American songbook (Frederick Loewe’s “Almost Like Being in Love”).
The Trio’s previous release, Blues and Ballads (2016), received critical acclaim, with the Guardian saying, ‘Mehldau is a genius (and a still-improving one) at taking predictable materials to unpredictable destinations … These are old songs subjected to an old jazz method, but brought scintillatingly into the here and now.’
Mehldau released the solo album After Bach earlier this year, comprising the pianist/composer’s recordings of four preludes and one fugue from J.S. Bach’s Well-Tempered Clavier, each followed by an “After Bach” piece written by Mehldau and inspired by its WTC mate. The Financial Times said of After Bach, ‘As each piece gathers momentum, fresh melodies emerge, change shape and are developed anew over voicings that shimmer, fade and rumble to a peak. And, following Bach, Mehldau’s improvisations unfold with an iron inner logic, a reminder … that Bach, in his day, was admired more for his abilities as an improviser than for his written scripts.’
$29.95Add to basket ›