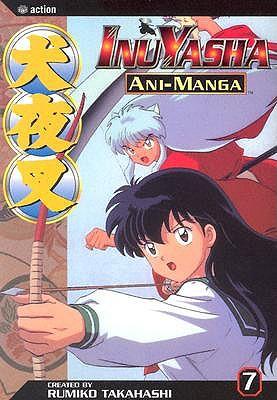 Kagome seems like an ordinary high school girl…until she’s transported to medieval Japan and discovers that her destiny links her to the powerful Jewel of Four Souls nad to a half-man, half-dog-demon named Inuyasha! Inuyasha’s despicable half-brother Sesshomaru has taken possession of their father’s powerful sword–the Tetsusaiga–and Inuyasha, Kagome, Shippo, and their new companion Miroku must fight desperately against Sesshomaru’s attacks. But do they stand a chance against a sword that can slay a hundred demons with a single stroke? Fearing for Kagome’s safety, Inuyasha tries to send her back to her own time for good! And can Inuyasha and Kaede figure out mysterious, shape-shifting Naraku’s reasons for deceiving Kikyo and Inuyasha 50 years earlier?