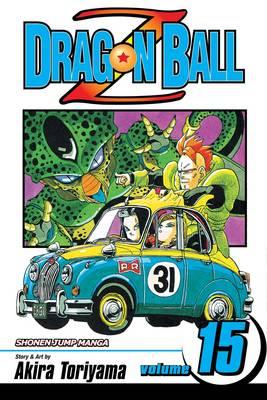 Sci-Fi martial arts action! After years of training and adventure, Goku has become Earth’s ultimate warrior. And his son, Gohan, shows even greater promise. But the stakes are increasing as even deadlier enemies threaten the planet. DRAGON BALL Z is the ultimate science fiction-martial arts manga. Cell has been awakened–a bioengineered monstrosity designed to become the ultimate weapon, a being that eats whole cities to grow stronger. To stop its rampage, Piccolo challenges Cell while the Super Saiyans undergo unimaginable training in a room where one year passes for every day outside.But Cell’s true goal is to merge with Androids #17 and #18, which will increase its strength exponentially. As Cell becomes even stronger, Piccolo has only one chance: destroy #17 and #18 before Cell can merge with them, or no force on earth will stand a chance!