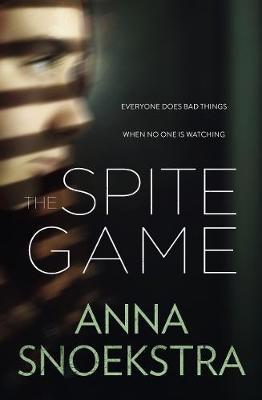 Everyone does bad things when no one is watching.
Mercilessly bullied in high school, Ava knows she needs to put the past behind her and move on, but she can’t - not until she’s exacted precise, catastrophic revenge on the people who hurt her the most.
First, she watches Saanvi. Flawlessly chic and working hard at a top architectural firm, Saanvi has it all together on the surface. But everyone does bad things when they think no one is watching and Ava only wants what’s fair - to destroy Saanvi’s life the way her own was destroyed.
Next, she watches Cass. She’s there as Cass tries on wedding dresses, she’s there when Cass picks out a cake, she’s there when Cass betrays her fiancé. She’s the reason Cass’s entire future comes crashing down.
Finally, Ava watches Mel. Mel was always the ringleader and if anyone has to pay, it’s her. But one tiny slipup and Ava realises the truth: Mel knows she’s being watched, and she’s ready to play Ava’s games to the bitter end.
$29.99Add to basket ›