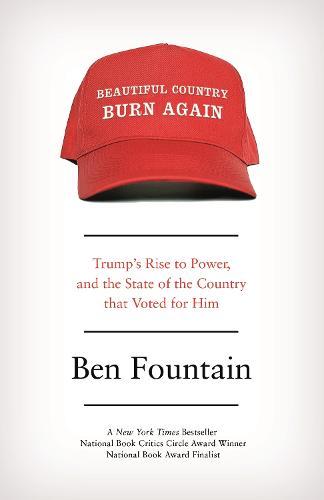 As Ben Fountain sees it, the United States is facing its third existential crisis. The first was the struggle over slavery, culminating in the Civil War. The second was the Great Depression, the worst economic downturn in the history of the industrialised world, which brought about the New Deal. The third, is Donald Trump. But how will it end?
Taking in America’s love affair with firearms, celebrity culture, Russia, Obamacare, Hillary Clinton and, of course, Trump himself, Beautiful Country Burn Again explores how the United States reached a new crisis point and asks how America really can be great again.
‘Whip-smart and searching in its indictment of cant and falsity, this is perhaps the best portrait yet of an astounding election.’ - Publishers Weekly
$24.99Add to basket ›