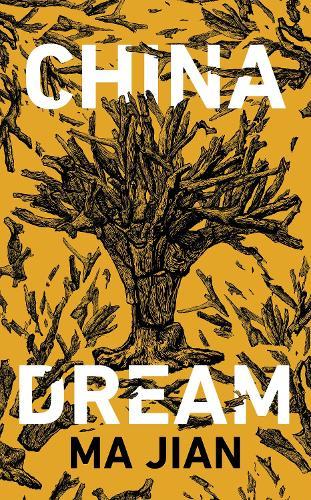 A poetic and unflinching fable about tyranny, guilt, and the erasure of history, by the banned Chinese writer hailed as ‘China’s Solzhenitsyn'.
In seven dream-like episodes, Ma Jian charts the psychological disintegration of a Chinese provincial leader who is haunted by nightmares of his violent past. From exile, Ma Jian shoots an arrow at President Xi Jinping’s ‘China Dream' propaganda, creating a biting satire of totalitarianism that reveals what happens to a nation when it is blinded by materialism and governed by violence and lies. Blending tragic and absurd reality with myth and fantasy, this dystopian novel is a portrait not of an imagined future, but of China today.

It’s no coincidence that Ma Jian dedicates this book to George Orwell. Named after Xi Jinping’s vision for Chinese prosperity, China Dream is a tale of the self, broken over the rack of the state. As Director of the China Dream Bureau, Ma Daode proposes a microchip that, when implemented, would delete an individual’s dreams and replace them with Party propaganda. However, his violent past in Mao’s Red Guard threatens to rip his own mind in two.

Ma Jian has written an extraordinary depiction of a nation caught between the tides of progress and history, of a people’s struggle beneath the state. Officials compose aphorisms by day and drink in Red Guard-themed sex clubs when the blinds are drawn; the author casts a bleak shadow illuminated by brief yet brilliant moments of wit. The story eases in and out of its more surreal moments as if the concept of deleting dreams is as commonplace as sexting on WeChat. If only Ma Daode’s memories were as transient as his pleasures.

Even writing from Europe (Ma is exiled from his homeland), China Dream is a rebellion, bringing to mind Aleksandr Solzhenitsyn at his best and most belligerent. It’s a novel of anger and frustration but also a plea to his countrymen and women, who risk losing the right to think for themselves. What Ma warns in clear and gripping prose is that the individual may be expected to surrender to the state but the repercussions are their own, and if the only way to erase one’s guilt is to make others appear even guiltier then the past will repeat itself forever. ‘“First it’s fists,” says Ma Daode, “then it’s bricks, and before you know it, it will be guns.”’ Ma Jian has thrown a short, sharp punch that lands on the mind and heart.

Translated fiction we loved in 2018

END_OF_DOCUMENT_TOKEN_TO_BE_REPLACED

Notes Of A Crocodile