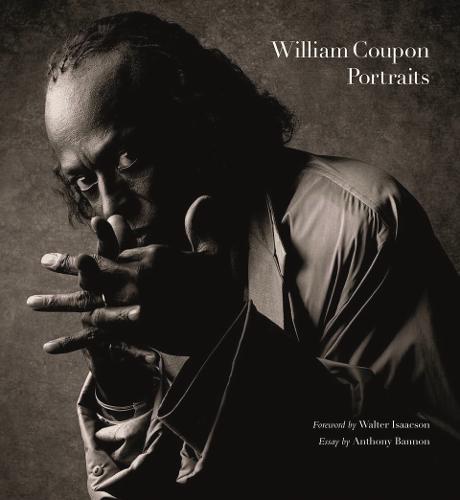 This long overdue monograph presents a panorama of portraits from the photographer William Coupon. Coupon was given wide access to artists, musicians, politicians, authors, and the world’s indigenous people on assignment from major publications like Time , Rolling Stone , The New York Times , Esquire , and The Washington Post . He photographed his subjects against a mottled backdrop of hand-painted Belgian linen, often in a classically lit medium shot format, inspired by Dutch masters such as Rembrandt and Holbein. Coupon has remained true to this method, whether working in the Oval Office in Washington D. C. or a tribal hut amongst the Pygmy in the Central African Republic, or the Caraja in the Brazilian Amazon. Environmental images compliment the more formal portraits. Portraits includes iconic images of Mick Jagger, Miles Davis, Elie Wiesel, David Byrne, Presidents Nixon, Carter, Bush, Trump, George Steinbrenner, Jean Michel Basquiat, Andy Warhol, and Prince Philip among many others from Haiti, Panama, Holland, Northern Scandinavia, Australia, Malaysia, Turkey, Italy, Peru, Mexico and other places. Coupon has created a collection that documents his times but also captured his generation in all its vibrancy. In his work, he seeks to present a truly egalitarian portrait of humanity integrating common people with the wealthy, powerful, and famous.