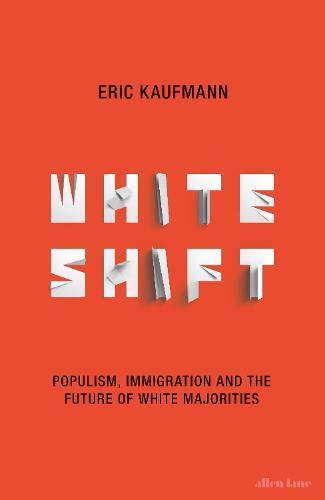 Across the West, anti-immigration populists are tearing a path through the usual politics of left and right. Immigration is remaking Europe and North America: over half of American babies are non-white, and by the end of the century, minorities and those of mixed race are projected to form the majority in many countries.
Drawing on an extraordinary range of surveys, Whiteshift explores the majority response to ethnic change in Western Europe, North America and Australasia. Eric Kaufmann, a leading expert on immigration, calls for us to move beyond empty talk about national identity and open up debate about the future of white majorities. He argues that we must ditch the ‘diversity myth’ that whites will dwindle, replacing it with whiteshift - a new story of majority transformation that can help lift anxieties and heal today’s widening political divisions.
A bold, original work, Whiteshift will redefine the way we think about ethnic diversity and populism.
$55.00Add to basket ›