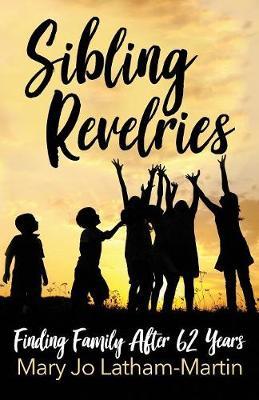 It started with a shaky hand, a worried heart and a quivering voice. Those symptoms were caused by a neurological disease that Mary Jo was told was hereditary. It wasn’t on her mother’s side. That left only her father’s genetics to explain it. Mary Jo grew up in a single-parent household, and never know her father. Her mother, one of the first women to be accepted into the Marine Corps in WWII, refused to talk about him. The diagnosis of that neurological condition sparked a chain reaction of discoveries in trying to identify its source. From DNA testing, to online and library genealogy, to US Navy service records, Mary Jo learned she was not the only child she thought she was, but one of six, with three half-brothers and two half-sisters from four different mothers and one common father. Along this journey of discovery, the siblings learned more about each other’s mothers and their father, and vowed that they’d preserve as much of their stories as they knew. This memoir is not only about Mary Jo and her journey, it’s also about the siblings and their mothers and their father–to the extent they could piece those histories together. The dialogue, history, emotions, and revelations of this expanded family merge into an unforgettable memoir of reaching out, embracing difference, healing old wounds, and finding joy in a not-so-normal world.